ABOUT CHIANG SAEN: Chiang Saen District is a small district along the Mekong River. Get off at Chiang Rai about 59 kilometers. Take Highway No. 1 from Chiang Rai to Mae Chan about 30 kilometers and turn right along Highway No. 1016 about 30 kilometers. Chiang Saen is a very old city in the north of the city, formerly known as "Wiang Hiran Nakorn. Rubber tires. "Currently, the remains of two ancient city walls and many historic sites appear in and out of the city.

PEOPLE & LIFESTYLE: "Chiang Saen" was a major kingdom in the northern region. But it is unfortunate that the city was cursed. Tension of the sharp spear of war And the dismay of the opium trade. Prior to the Great Restoration in recent years. The trace of the past remains as a reminder. Who is going to study through? Chiang Saen National Museum The harvest is knowledge. Or you can go to Chiang Saen. It still has the aura of ancient culture roots to dilute Chiang Saen today. Still, it's a simple, deep-rooted approach to local wisdom, eating, trade, leisure, even at the mouth of the Golden Triangle. Exhilarating gourmets from Burma, Laos and Thailand are becoming a way of life and a persistent memory. The new route was cut into the Mae Sai area for convenience in the future. Also hidden behind the challenge. Let the adventurous heart of the big two-wheel bike touring, harvest the atmosphere of the North. The rest is to follow. The Civilization of Chiang Saen The latest 750-year-old world heritage that has passed the celebratory agenda over the last few years. On the other side to Chiang Saen more comfortable. If traveling from Chiang Rai town just a few moments. The first gate to Chiang Saen. It is a quiet small town when the first time in Chiang Saen may be strange. If the wreckage of the ancient city wall. The corner. The city continues to fuse with the modern community. Anyone who does not care about contemporary trade and entertainment.

FOLK WISDOM: Because of Chiang Saen or Hirun Yang. The city of Lanna Kingdom.
The king was the successor. There are political, economic and religious developments.
Highly civilized in language, art, culture and tradition. On the eve of 2347 in the reign of King Chulalongkorn. And 23,000 people were taken to Chiang Mai. Nan town
Lampang City, Luang Prabang The rest to Bangkok, please stay in Ratchaburi.
And the city of Saraburi. When we go to bring the unique art of Chiang Saen weaving to the city. In the year 1986, the group of Sop Kham housewives gathered and formed a weaving group. There are officials from the Chiang Rai Provincial Bureau of Industry. Weaving training. There were 60 women in the village, and 10 of them were trained for one month. After training the women were weaving all over, with Mrs. Aree Thongpang as president. Patterns of woven pattern is a watermark pattern plaque pattern, but the problem. Marketing is no place to sell. In 1996, Phra Krua Paisarn Phatirirat Abbot Wat Phra That Pha Shad History of Chiang Saen It is known that in the past, weaving a pattern of Chiang Saen, but it is. But now it has lost. Phra Krua Paisarn Pattanarit has built a museum. To gather the fabric of Chiang Saen and nearby. It has been found that Chiang Saen weaving. Currently, we are in Ratchaburi. So get along with the members. To study the pattern and fabric. This is an example of a weaving practice in Mae Chaem district. We have established a local textile group. Chiang Saen has 100 members. In 1997, the Chiang Saen Center had a budget. Purchase materials and supply teachers. The group can be strengthened in order to be able to take. Give knowledge to new members who are interested. The atmosphere in Wat Phra That Pha Luang and Chiang Mai. Handle diversity to suit the target audience is not specific.
One group depends on the interests and needs of the individual. Wat Phra That Pha Shadow is a learning center or learning complex

The fabric does not fall. 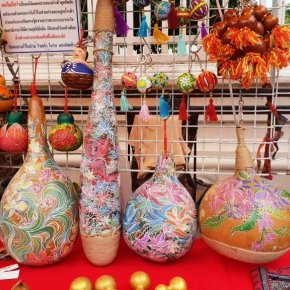 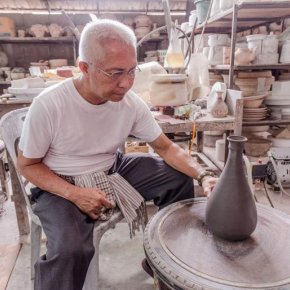